A lot has happened over the last week. Kroze flew down and spent the majority of it fixing everythi – er, finalizing the code.

We’ll get to that in a minute. 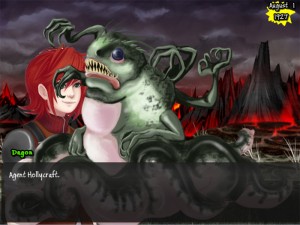 See the above? How Dagon is all up in Perry’s grill, and how we have very obviously used RPGMaker for placeholder background art? This is where we were. I can safely say that Dagon – or any other character – no longer violates anyone else’s personal space. We also have gotten rid of 99% of the placeholder art. Yay for not getting sued by the RPGMaker team!

Unfortunately, somebody pinched my camera at San Diego Comic-Con, so we have to rely on public domain images… but that’s not too shabby, either. No shame in that. 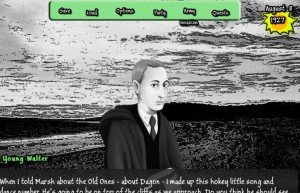 This is our new GUI, albeit a lot less polished than, say, what you’ll download and play. Contours and bevels are a cheap way out, yes, but my PS skills are limited and I rather think that it falls in line with the quirky charm of the game. 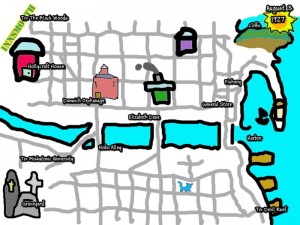 Last but not least, I have little to no idea of what I am going to do to spruce up the overworlds.  Even though WE like them quite a bit, the first (if only) negative criticism people that we’ve shown the game to has been concerning the overworld maps. It’s not something we can let slide, since you spend a good chunk of the game there. 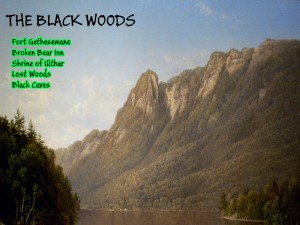 Not in the spirit of the rest of the game, though. I dunno. We’ll think on it. We have time.

Kroze has a crazy idea, which is to VO the game. Now, this has delayed us by about a month, but if we don’t have all the files we need by the Soft or Hard Launches – which are October 1st and October 7th, respectively – we fold the voiced version into a possible Steam Greenlight deal. A Steam Steam LOL Edition, if you so please.

Dates are just estimations, people. Needless to say, the game is almost done.